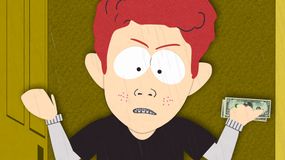 Cartman announces to the boys that he has gotten his first pubic hair. He bought them from an eighth grader named Scott Tenorman for $16.12. Cartman vows revenge when he finds out you don't buy pubes, you grow them yourself.

He decides to get Tenorman's favorite band, Radiohead, to come to town for a chili festival, then have a specially trained pony bite off his penis. He brings Stan and Kyle in on the scheme, and they promptly rat him out.

Tenorman convinces his parents to take the penis-biting pony, located at Farmer Denkins' ranch, to an animal shelter. In their absence, he makes a batch of chili that's filled with pubic hair from all the boys in town.

At the chili festival, Tenorman gets Cartman to try a bowl of the "pube chili", while he eats some of the chili Cartman prepared. Afterward, Cartman reveals that he knew Tenorman would give him a serving of pube chili, and that he switched it with food Chef brought. Then Cartman reveals that the chili he gave Tenorman is made from the bodies of his own dead parents, who were gunned down by Farmer Denkins when they tried to take the pony. It seems that Cartman knew that Kyle and Stan would betray him. That's why he revealed a portion of his plan to them.

Tenorman breaks down starts crying just as the band Radiohead arrives. They mock him for being a baby. Cartman triumphantly licks the tears off his enemy's face.

"Dude, I think it might be best for us to never piss Cartman off again." 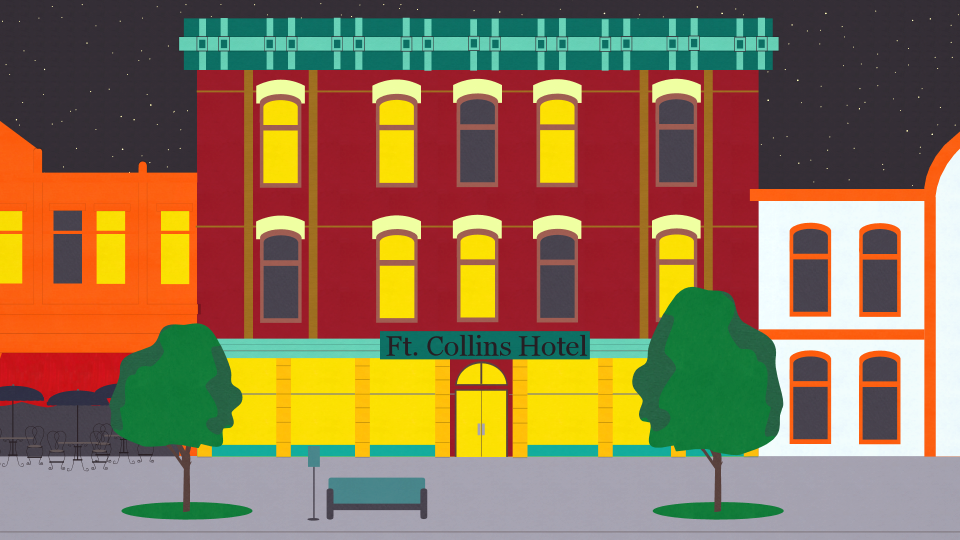 Tenorman has red hair, so his pubes should also be red. However they had to make them black, so that when Cartman carried them around they wouldn't get lost against his red jacket.

Originally, this episode was conceived as something that could be done in a hurry but might not turn out very well. Instead it became the darkest, most infamous of all South Park tales.

Cartman, posing as an IRS agent, introduces himself as Kris Kristofferson -- the name of a popular country singer-songwriter, known for the hit song "Me and Bobby McGee".

International rock gods Radiohead play an integral part in this episode. Scott Tenorman has posters of them on his wall, and Cartman and Ned even sing a bit of one of their early hits "Creep". Also, in a failed attempt at revenge, Cartman dubs over an MTV News interview with the band.

Cartman tries to distract Scott Tenorman by telling him, "Courtney Love is in South Park! She's all drunk and spreading her legs and showing her poonaner to everybody!"

This is the second time Cartman has "achieved" manhood before all the other boys. The first being when he got his "period" in "Are You There God? It's Me, Jesus".

When Mr. Tenorman yells at Ned and Jimbo for spying on his wife, a number of South Park males burst out of the bushes in various disguises, including Stan's dad (in a fake eyeglass/mustache combo), Kyle's dad (in a rainbow afro and clown nose), and Kenny's dad (with a paper bag over his head)...cause Stuarts poor.

In the midst of consuming his bowl of chili, Tenorman discovers his mother's wedding ring -- with his mother's finger still in it.